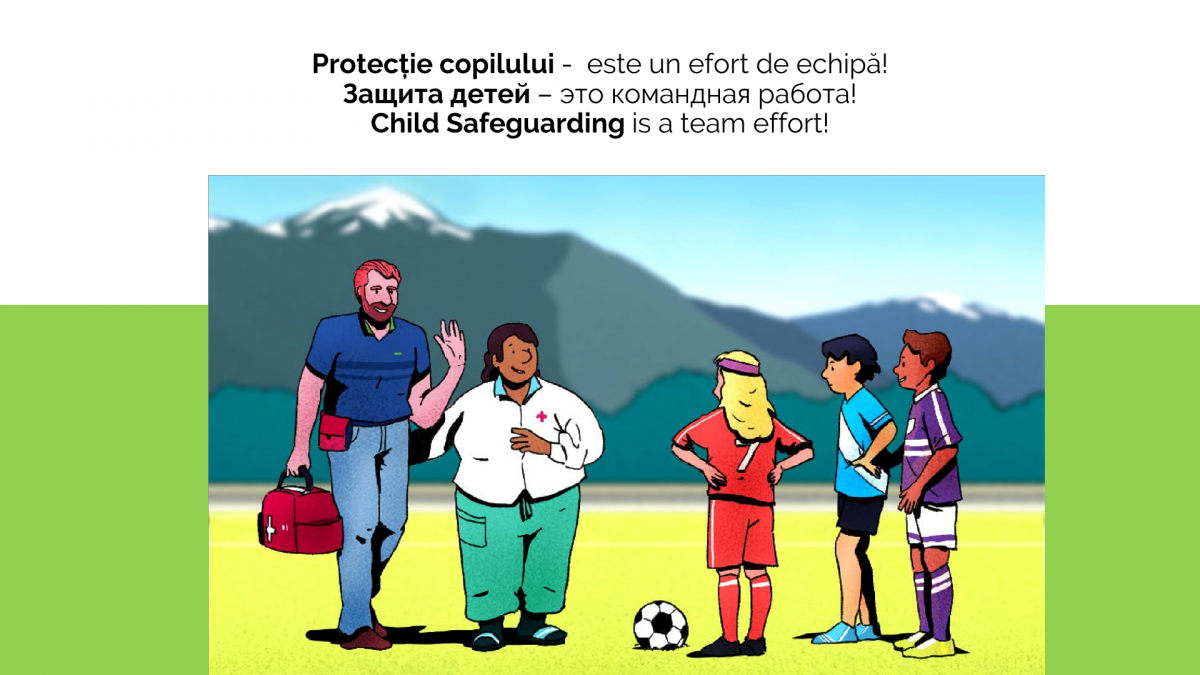 The protection of children in football is a priority at international and national level, and the need to implement a child safeguarding policy in the football environment is promoted. Every child has the right to practice football in a safe and inclusive environment, free of any form of abuse, harassment or exploitation, and its non-insurance is a violation of children’s rights.

In recent years, there were established the directions of action at international level (FIFA) to ensure children’s safety in football practice, by promoting the safeguarding policy, which refers to pro-active actions taken by football clubs to promote and ensure the well-being of children and to protect them from certain risks in football practice. At the same time, the UEFA Strategy for 2019-2024 "Together for the Future of Football" set out the need to promote child safeguarding policy in order to make coaches and managers more responsible towards high values and standards.

At national level, the Moldovan Football Federation (FMF) is also interested in developing a safe environment for children who practice football, joining the principles of UEFA and FIFA. In this context, the FMF in partnership with Terre des hommes Moldova (Tdh) has started the implementation of the “Safe Football for Children in Moldova” project, aimed at ensuring a safe and protective environment for all children practicing football in the Republic of Moldova.

In the context of the International Children’s Rights Day, which is marked worldwide on November 20th, a webinar was held with physical education teachers under the "Football for Schools" project. During the meeting, Svetlana Patraș, Coordinator of the “Safe Football for Moldovan Children” project, presented extensive information on the children’s rights in football and protection mechanisms.

On November 20th 1989, the UN Convention on the Rights of the Child was signed, becoming later the International Children’s Rights Day worldwide. The Convention was ratified on December 12th, 1990 in the Republic of Moldova, and this international document entered into force for our country as of February 25th, 1993.